D'source Corona Design Challenge was conducted by the IDC School of Design, Indian Institute of Technology Bombay in May-June 2020. Participants were expected to follow a design process in solving the given problem with the steps of understanding the problem, analysis and ideation (the act of coming up with several concepts) resulting in a final solution. The following entries submitted by students of NID Madhya Pradesh were amongst the winning entries: 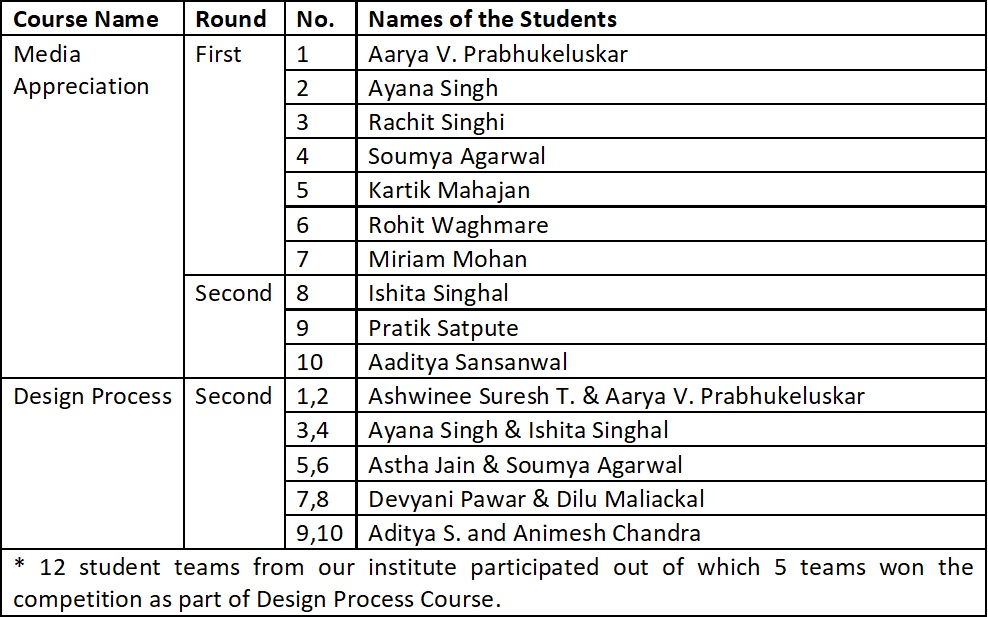 India Government Mint Hyderabad organized a design competition in April 2020 for college students in order to introduce new medals on the theme of “Buddha for peace and harmony of the world”. The sub-themes were “Four Buddhist monuments” and “Four Buddha postures”. Mr Shantanu Satpute, a student of the NID Madhya Pradesh was one of the winners. 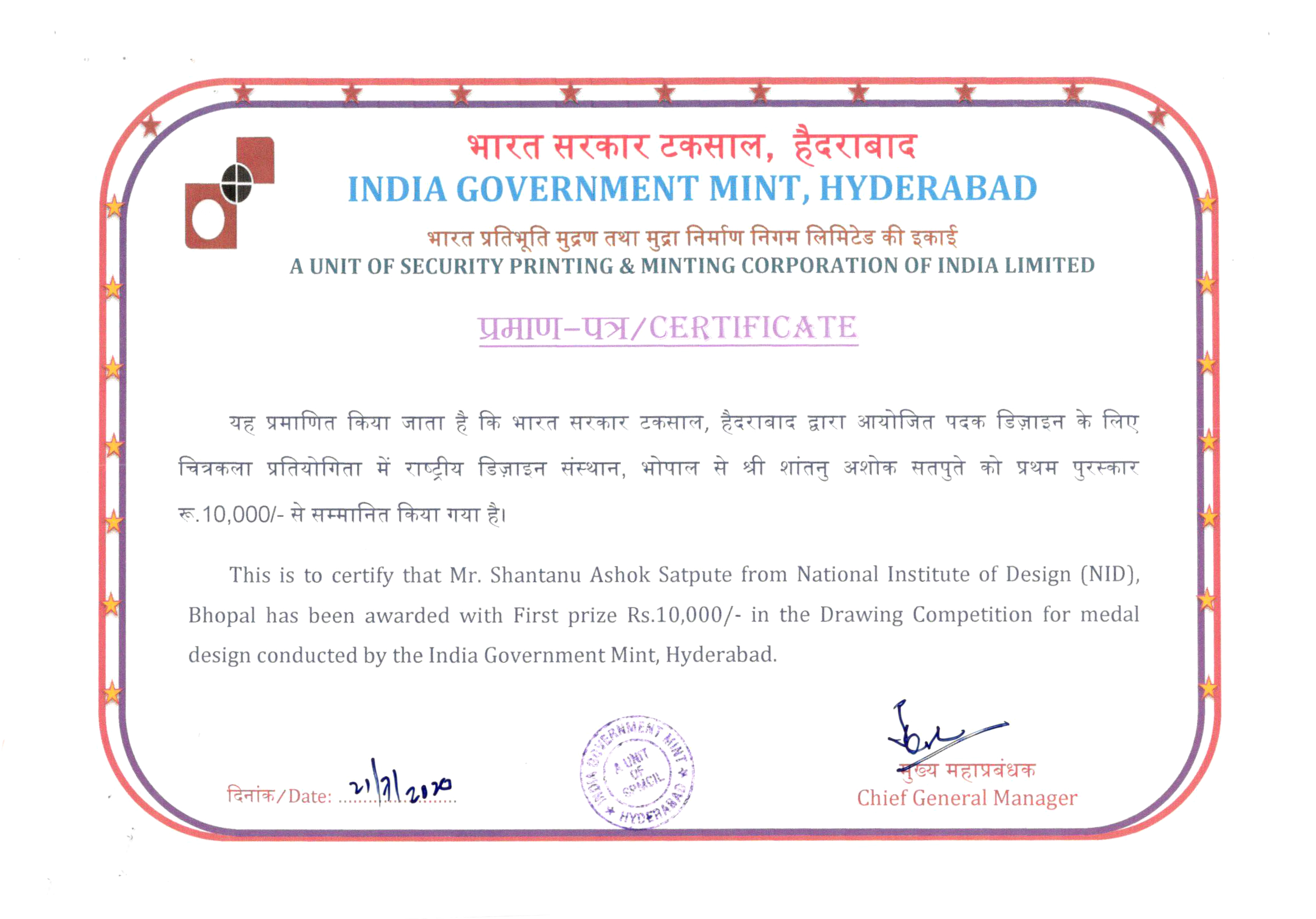 Award for the excellence in built environment awarded to NIDMP campus

NIDMP campus Architect received a Commendation Certificate in Institutional Category by Indian Building Congress, which was presented by Sh. Hardeep Singh Puri (Minister of Civil Aviation and Minister of State (Independent Charge) of the Ministry of Housing and Urban Affairs) at the ceremony hosted at Vigyan Bhawan, Delhi on 6th January 2020. 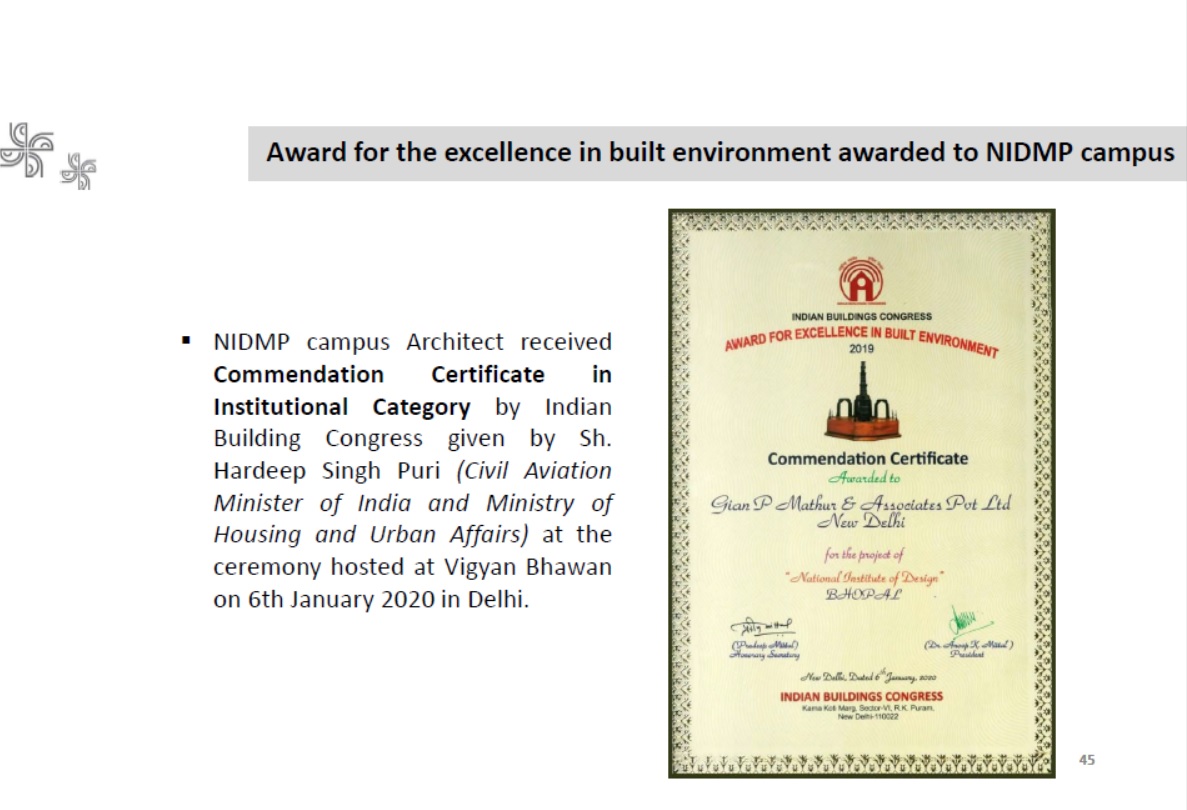 Ms Setu Sharma, Faculty developed a logo for the “Bhavishya” scheme of the M.P. Warehousing and Logistics Corporation 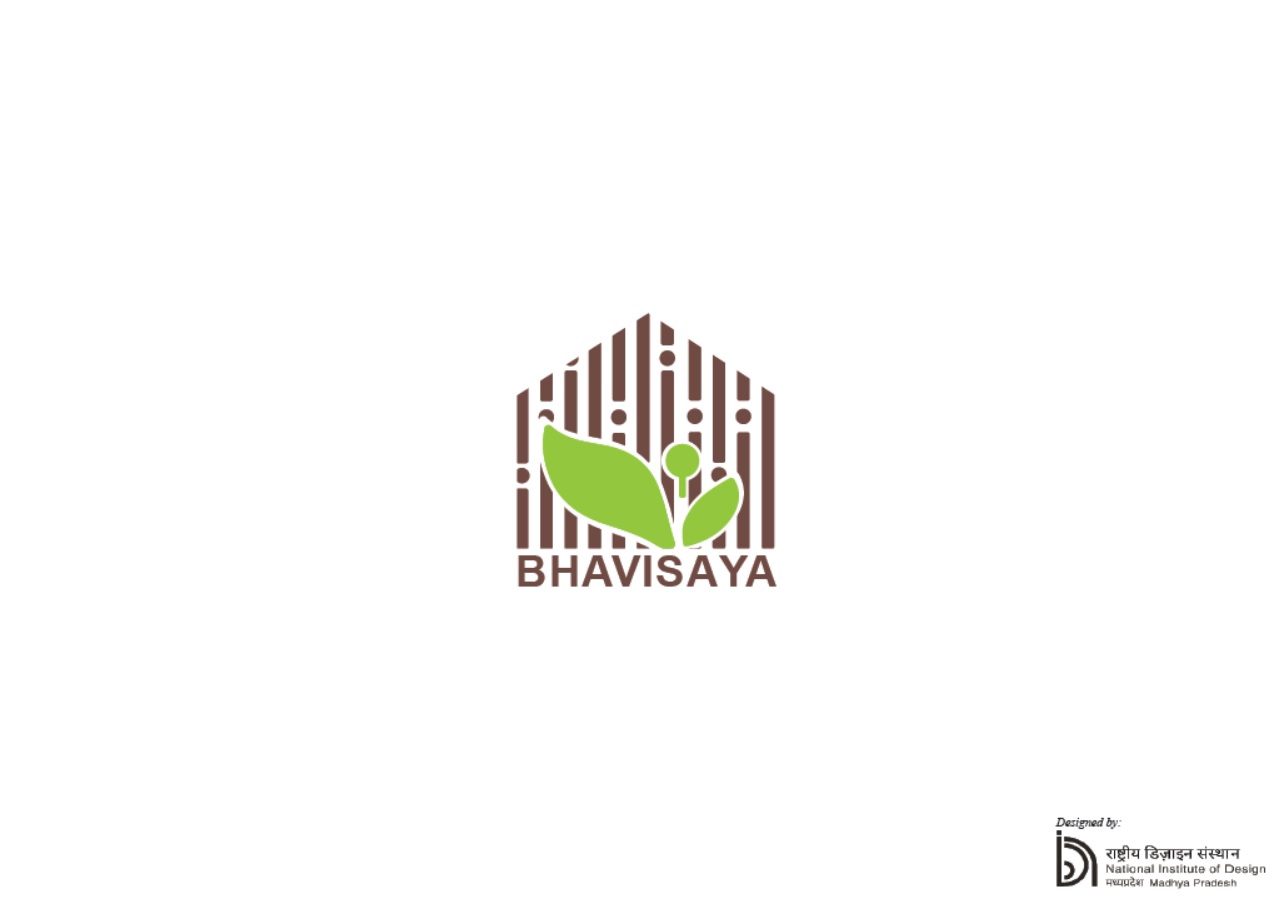